Findlay Prep of the Henderson International School has announced Jerome Williams as head coach of the Findlay Prep program and Andy Johnson as the new Program Director and Associate Head Coach.

Williams and Johnson both served as Assistant Coaches of Findlay Prep this past season. The Pilots went 35-1 and played in their 5th National High School Invitational finishing the season ranked as high as #1 in the post season polls under Coach Todd Simon.

“I’m blessed and honored to be the next Head Coach of this elite program,” said Williams. “I thank the Findlay Education Foundation and Henderson International for allowing me to step into the shoes of Todd Simon and Michael Peck on a quest to win another National Championship and produce productive college scholarship student athletes.”

The Findlay Prep program has produced seven McDonald’s All-Americans, seven Jordan Brand All-Americans and won 3 National High School Invitational titles in the past 5 seasons  This past June, alum Anthony Bennett was selected as the #1 overall pick in the NBA Draft.  A number of other Findlay Prep athletes have gone on to play in the NBA, including Tristan Thompson (Cleveland), Avery Bradley (Boston), Cory Joseph (San Antonio), and DeAndre Liggins (Orlando).

Previous Head Coach Todd Simon accepted a position as an assistant coach at UNLV after last season’s 35-1 campaign.  He was with the program from its inception in 2006.  He succeeded Michael Peck who was hired by the NBA’s Portland Trail Blazers to head their D-League affiliate Idaho Stampede team. In the past 6 seasons the Pilots went a combined 192-9 with 3 NHSI titles and spent time as the #1 ranked team in each of those 6 seasons.

Findlay Prep of the Henderson International School has been equally successful in the classroom and in their community endeavors as on the court. 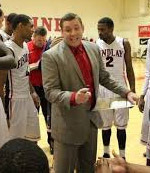 Simon, 32, returns to UNLV after spending seven years with the Findlay Prep program, including the last year as its head coach. Simon also has a history with the Runnin' Rebels as he was a video assistant from 2004-06 before joining the Pilots.

At Findlay Prep, Simon spent six seasons as associate head coach before being named to the program's top spot prior to the 2012-13 year. As head coach he led the team to a 35-1 record, including eight wins over top-25 ranked teams. The 35 victories are the most wins in school history as the program finished the regular season ranked as the nation's unanimous No. 1 team for the first time.  Simon was with Findlay Prep from its inception in 2006.

"We are excited to add Todd Simon to our staff," Rice said. "He brings head coaching experience and tremendous success at the prep school level. Coach Simon has a strong background at UNLV having been part of Lon Kruger's staff for two seasons, while working towards his master's degree. Todd has a tremendous work ethic and will be terrific complement to our staff in all areas."

Findlay's lone loss this past season came against St. Benedict's in the semifinals of the ESPN National High School Invitational. The loss snapped a school-record 54-game win streak. A school-record eight players from this year's team have signed with Division I schools and also helped set school records in defensive field-goal percentage and charges taken. In addition, Findlay has an active home win streak of 82 games.

Simon oversaw all academics of the program as its associate head coach and helped it to achieve a 100 percent graduation rate.

"I'm excited to return to a great program and to be a part of Coach Rice and his staff's vision for UNLV basketball," Simon said. "UNLV's success under Coach Rice over the past two seasons is well respected on a national scale. Being part of a university that I graduated from, working in a city I have a passion for, and in a role of helping develop student-athletes is a tremendous opportunity."

Findlay Prep has become known as one of the top prep schools in the country since it was founded in 2006. Simon has been involved from the beginning serving a critical role in bringing elite talent to the school in Henderson, Nev. Anthony Bennett, who attended UNLV and was selected as the top overall pick in last week's NBA Draft, went to Findlay Prep as have other NBA players Avery Bradley, Tristan Thompson, DeAndre Liggins and Cory Joesph.

A native of Fowler, Mich., Simon earned his bachelor's degree from Central Michigan with a double-major in sport studies and management information systems in 2003. He was a member of the Honors College and graduated with a 3.9 GPA. He then earned his master's degree from UNLV in sport education leadership in 2010. Todd and his wife, Kati, have two boys: Rece (2) and Raylan (6 months).

Findlay Prep of the Henderson International School has announced Todd Simon as the new head coach of the Findlay Prep program.

Simon served as Associate Head Basketball Coach of Findlay Prep for the past five seasons. During that time, the Pilots won three national high school invitational titles, accumulating a 157-8 overall record and a perfect 65-0 record at home.

Simon has been with the program from inception in 2006 and has played a key role in building the program to national prominence.


“I’m honored to step in to this new role at Findlay Prep,” said Simon. “Over the years, our program has attracted many of the top players in the country. I look forward to continuing the tradition we have established here and being a mentor for our athletes.”

Findlay 2012 alum Anthony Bennett spent 2 years with the program under Coach Peck and Coach Simon. "I'm really happy for Coach Peck .  He will do great coaching at the highest level," said Bennett.  "As for Findlay Prep, they will still be a power house team with a great coach stepping up to take the head coaching job." 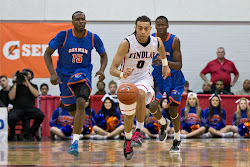 Findlay Improves to 10-1 at the NHSI

Arizona Commit Scored 29 in 2nd Half of ESPN NHSI Championship 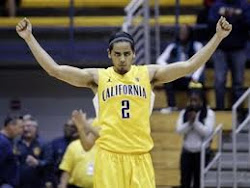 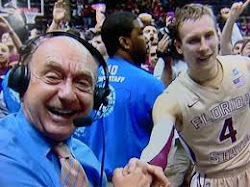 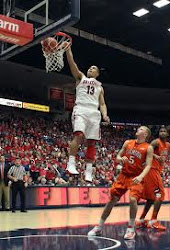 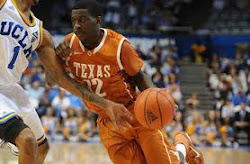